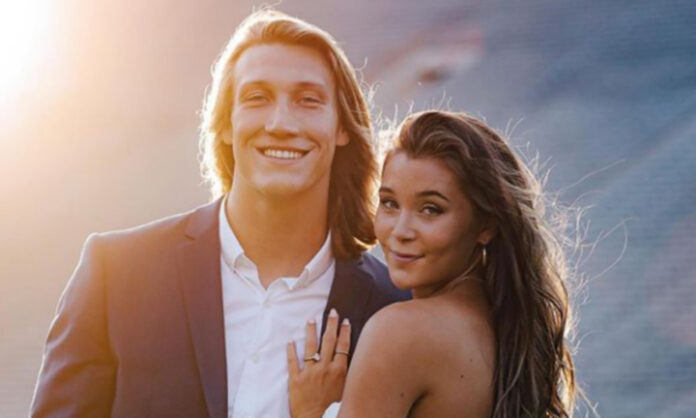 Trevor Lawrence spent time at The Masters and got married.

And he also got two others things he didn’t expect: a high-tech toaster and thousands of dollars for his favorite charities as a gift from fans of the Jacksonville Jaguars, who are set to pick him No. 1 overall in the NFL draft later this month.

A Jaguars fan known as @E_Dilla on Twitter made a post for toast and asked people to slice off what they could for a wedding gift. @E_Dilla wanted them to get Lawrence a top-end toaster that has LED features, nine different settings and even a song list to play when the bread is perfectly done. Those toasters run $300 or more.

Money raised as of Saturday afternoon was close to $6,000. All the extra will go to Lawrence’s favorite charities of choice according to a Twitter response from his agent.

As if the toaster wasn’t enough evidence that Lawrence is headed to Jacksonville, he was allowed to skip this weekend’s medical exams for all the top NFL draft prospects. Even though he had surgery to repair a torn labrum on his non-throwing shoulder earlier this year, his physical condition is apparently just between him and the Jaguars. More than 150 players are in Indianapolis to examined prior to the draft.

According to the CEO of Ovo, the government needs to demonstrate...

In Japan, McDonald’s is experiencing a shortage of French fries

IMF: UK set for slowest growth of G7 countries in 2023

The prosecution and defense gave their closing statements Monday in the...

Racism is ‘pervasive,’ according to research from the Royal Society of...