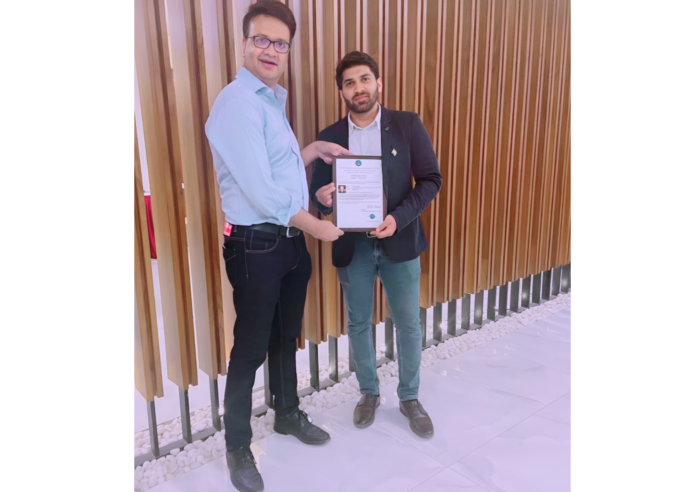 President & founder H.E Syed Shaheen Chishti (Indian-British Author) with Management of Jewish islamic International Peace Society of London appointed Dr Ahmed Haque as Director of the organization to represent the interest of Jewish Islamic International Peace between Israel, Palestine and Middle Eastern countries that is linked with the peace program in order to build a new civilized and polite world reflecting peace, humanity and brotherhood.

Dr Ahmed haque , An Honorary Doctorate from American University (AUGP) is an International Ambassador for Peace- UN and General Secretary of World Peace and Harmony , his significancation contribution towards world peace, health and many noble causes is recognized by some of the most respected institutions across the globe.

Dr. Ahmed Haque is also a Founder & President of Just World Order Federation that Focuses on spreading peace, supporting the fight against the perpetrators of violence, and helping the powerless and voiceless people to get justice under the law. His major areas of work include advocacy for human rights & peaceful coexistence of multiple cultures.

Since his childhood, he has been fascinated by the idea that we share the same God. He believes in promoting peace and respecting all religions, he futher believes that no religion teaches to be unfair towards others. His mission is to build civilization of peace loving , peace living and peace practising people.

He says ” Islam and Judaism share a common origin in the Middle East through Abraham, and they also worship the same God. The two religions share similar values, guidelines and principles. Islam also incorporates Jewish history as a part of its own. Muslims regard the children of Israel as a important religious concept in Islam. Moses is the most important Prophet of Judaism is also considered a prophet and messenger in Islam. He further believes that, “I want to bring forward peace between the two communities and two Religions. In india we believe in peace and harmony and we love everybody and hate no one.”

Through all his work and activism Dr. Ahmed Haque has always promoted and prioritised the tolerance of Interfaith values and going forward he promises that he will keep peace at the center of everything he does.

In the United States, gay men will find it simpler to contribute blood.

Puja Jain, Founder of Curly Brew bags the Title – Most...

AstraZeneca boss: I don’t think I would do anything differently

Can Rajon Rondo is the Missing Piece Of Los Angeles Clippers

Snapchat to cut a fifth of jobs

In the United States, gay men will find it simpler to...