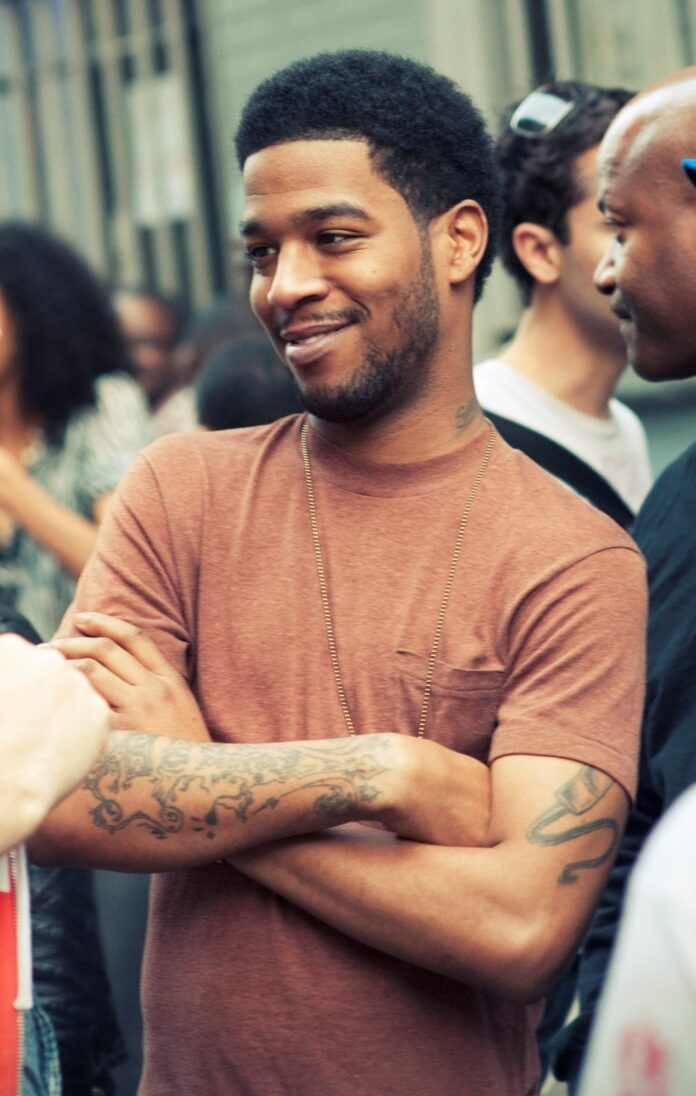 Cudi wore a cardigan and T-shirt emblazoned with a picture of late “SNL” cast member Chris Farley for his performance of “Tequila Shots.” And for “Sad People,” he changed into a white spaghetti-strap floral dress, which he paired with a chunky skeleton necklace. He ended the performance with a smile and a curtsy.

“Sensing a pattern here,” one Twitter user wrote, sharing side-by-side pictures of both Cobain and Cudi.

Another Twitter user pointed out the anniversary of Cobain’s death this past week. The grunge icon died by suicide at age 27 on April 5, 1994.

“Kid Cudi pulling the ultimate Kurt Cobain tribute on #SNL on the week of this death,” @DArmstrong44 wrote. “@KidCudi all about love and suicide prevention and awareness!!!”

Along with his musical performances Saturday, Cudi also stepped in for a sketch with “SNL” cast members Pete Davidson and Chris Redd parodying their love of flutes. “I love that weird little flute,” they sang in the rap number, which featured an appearance from actor Timothée Chalamet, who hosted “SNL” last December.

Three men are accused of planning to resell Hotel California lyrics by The Eagles.

“Prayers Are Not Enough.Daunte Wright Should Still Be With Us.”Vice President Kamala Harris Said.

Everything The Weeknd Has Said About His Super Bowl 2021 Halftime...