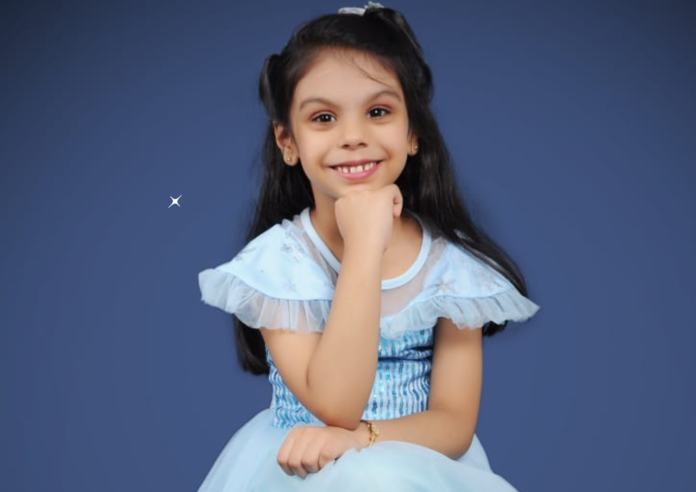 India is home to a number of child prodigies who are making the country in various aspects across the globe. Anaisha Vijayvergia, a 6-year-old from the City of Dreams, is a multi-talented child whose story-telling and dancing talents have received global recognition. Ever since she was a child, she developed a knack for storytelling and dancing. Noticing the same, Laveena and Puneet Vijayvergia, her parents, made sure that her skills get polished and refined through proper training and assistance.

Anaisha Vijayvergia has made it to the India Book of Records for her Solo Dance, Speech, and Storytelling skills. Moreover, the supremely talented girl has been selected as a Super Talented Kid by the International Book of Records. Anaisha Vijayvergia has also made her parents proud as she is also a World Record Holder in Vajra World Records and has also been nominated as an awardee of the Multi Talented Genius Kid of the Year 2022 award by the International Kalam Global awards of  Kalam World Records.

This is just the beginning of the long list of awards and achievements that Anaisha has under her belt. In April 2022, Anaisha received India Star Icon Kids Achiever Awards from the National Academy of Arts, Pune in an award ceremony in Mumbai. She is also selected as the Top 100 Child Prodigy by The Child Prodigy Award team. Anaisha is also awarded National Pride Award by International Achievement India Awards for her contribution to Art and Culture. Anaisha has also been selected as the Top 200 Child Achievers around the world and an awardee of the Global Kids Achievers Award.

Anaisha is one of the Indian prodigies who have been selected among the Top 100 Influential Indians by Fox story India. She is also awarded National Kids Excellence Awards by KitesKraft. In fact, she has received appreciation from the World Book of Records, London. Anaisha has also been nominated for the Iconic Brand of Maharashtra Award from Mahasewa and is to be awarded by the Chief Minister of Maharashtra Mr Eknath Shinde in November 2022.

Anaisha Vijayvergia’s hard work, dedication, and determination have made her a success story that the AAJ TAK News channel has covered for the Pillar of Maharashtra Awards. Her parents have always been supportive of her and are determined to help her achieve her true potential as a dancer and storyteller.

In the United States, gay men will find it simpler to contribute blood.

Executives at Twitter have been fired ahead of Elon Musk’s acquisition.

Lift Me Up, from Black Panther: Wakanda Forever, is released by...

In the United States, gay men will find it simpler to...