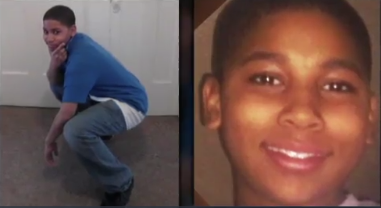 “The election of President Biden, your appointment, and your commitment to the rule of law, racial justice, and police reform give Tamir’s family hope that the chance for accountability is not lost forever,” according to a letter to Garland by attorneys for the Rice family.

The family of 12-year-old Tamir Rice is asking the Justice Department to reopen its investigation into the boy’s 2014 shooting and to convene a grand jury that would consider charges against the Cleveland police officers involved in his death.

“Tamir would have been 19 years old in June,” his mother, Samaria Rice, said in a statement. “I’m still in so much pain because no one has been held accountable for the criminal act that took his life.”

Surveillance footage shows Rice sitting at a picnic table under a gazebo just before he was shot. The boy later stood up and walked around the table as the police car stopped in front of him. Within seconds, Loehmann got out of the car as it was moving and fired two shots, striking Rice in the abdomen.

Last year, Rice’s family learned from media reports that career prosecutors sought to bring the case before a grand jury in 2017, but department supervisors denied the request two years later, effectively ending the investigation. The statute of limitations for a federal obstruction of justice charge is five years, although there is no such limit to a civil rights violation charge.

A spokeswoman said the Justice Department did not have a comment.

The First Southern US State To Abolish Death Penalty – Virginia

According to a new analysis, half of UK families have lost...

MPs should not bring babies into Commons chamber, review says