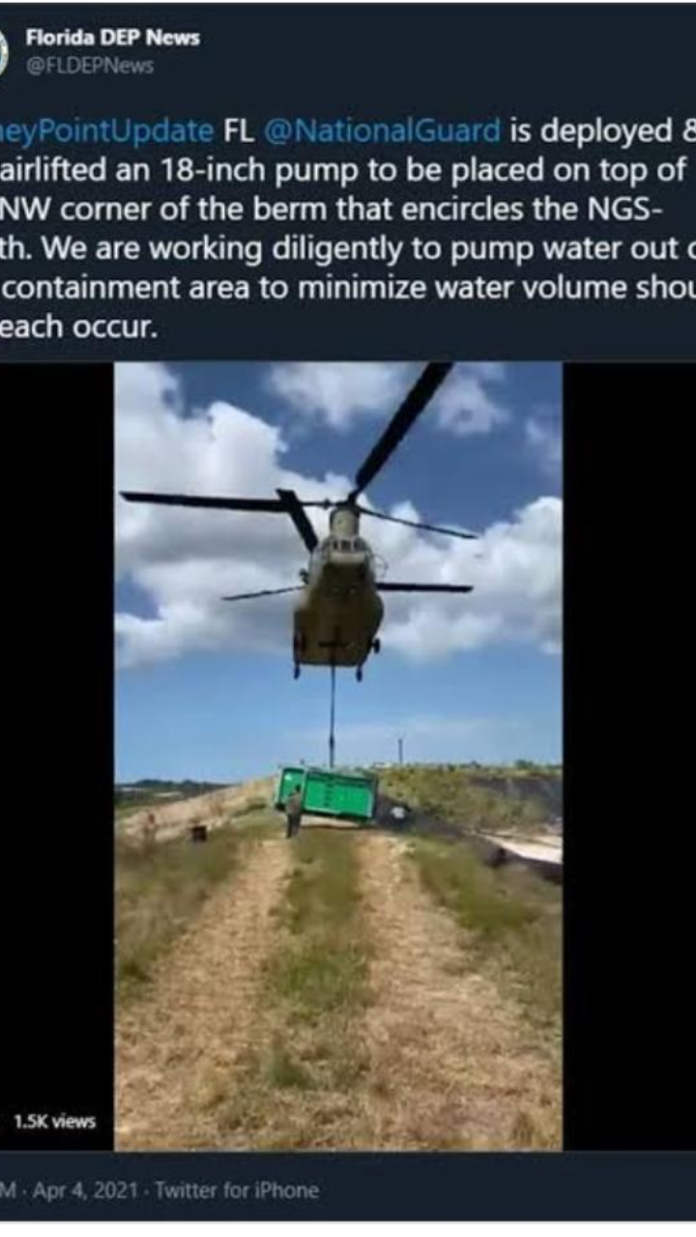 Models show that a full breach of the walls at the damaged Piney Point reservoir could cause “as high as a 20-foot wall of water” to surge into the surrounding area, Manatee County Acting Administrator Scott Hopes said at a Sunday press conference.

After officials attempted to plug the hole using rocks and other materials, engineers examined the Piney Point containment walls Saturday morning and determined there was imminent danger of collapse.

The pond contains a mix of processed wastewater from the former Piney Point fertilizer operation, sea water, dredging material, rainwater and seepage water. Officials have said the wastewater is about as acidic as a cup of black coffee and contains high levels of nitrogen and phosphorus – which has caused concerns the dumping could feed red tide and cause other environmental impacts on Tampa Bay.

Some of the more than 316 households affected by the mandatory evacuation order have been put in hotels by Manatee County and the Red Cross, according to DeSantis.

He also reiterated a sentiment expressed Saturday by Florida Department of Environmental Protection Secretary Noah Valenstein about holding the appropriate people or businesses accountable for the Piney Point breach.

Down the road, Stacey Lecass said she just moved to a new home in the neighborhood without knowing about the hazard Piney Point posed.

Vaquita: The world’s most endangered sea mammal may not be extinct.

According to the CEO of Ovo, the government needs to demonstrate more urgency when...

The Sorry History Of Lynching, Not The Justice We Need Now

Journalists covering a protest in a Minneapolis suburb Friday night were...