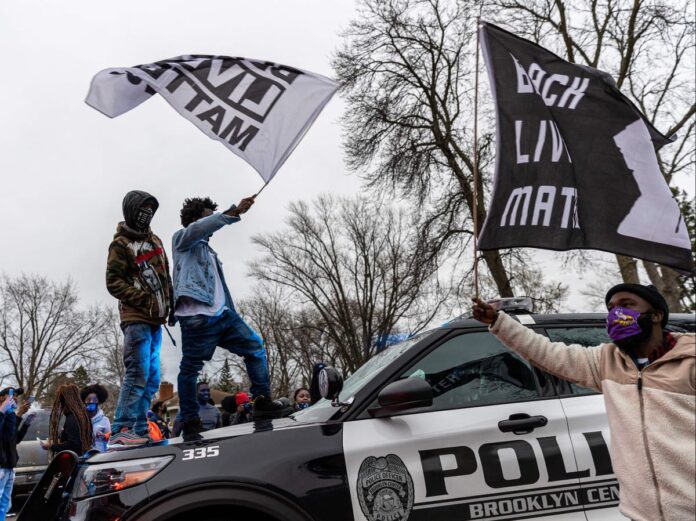 Former police chief Tim Gannon, who also resigned Tuesday, said he believed Potter mistakenly reached for her firearm instead of her Taser when she shot Wright, a 20-year-old Black man, during a traffic stop Sunday.

Wright’s family has called for Potter to be held accountable and said they could not accept police’s account of the incident as “an accident.”

Kim Potter, the 26-year veteran of the Brooklyn Center Police Department who fatally shot Daunte Wright, resigned this week as a prosecutor weighed whether to bring charges against her.

Potter is being represented by Earl Gray, an attorney who also represents Thomas Lane. Lane is a former Minneapolis police officer charged with aiding and abetting second-degree murder and manslaughter in the death of George Floyd.

In 2014, Potter and other officers were awarded the Medal of Merit for their response in a house fire, according to KARE-TV.

Potter is seen pulling out her firearm and aiming at Wright as she shouts “Taser” multiple times. After she fires and Wright drives away, she said, “Oh (expletive), I just shot him.”

The newspaper, citing an investigative report from the Hennepin County Attorney’s Office, reported Potter told two officers involved in the shooting to “exit the residence, get into separate squad cars, turn off their body worn cameras, and to not talk to each other.”

Digital fingerprints of a million child abuse images made