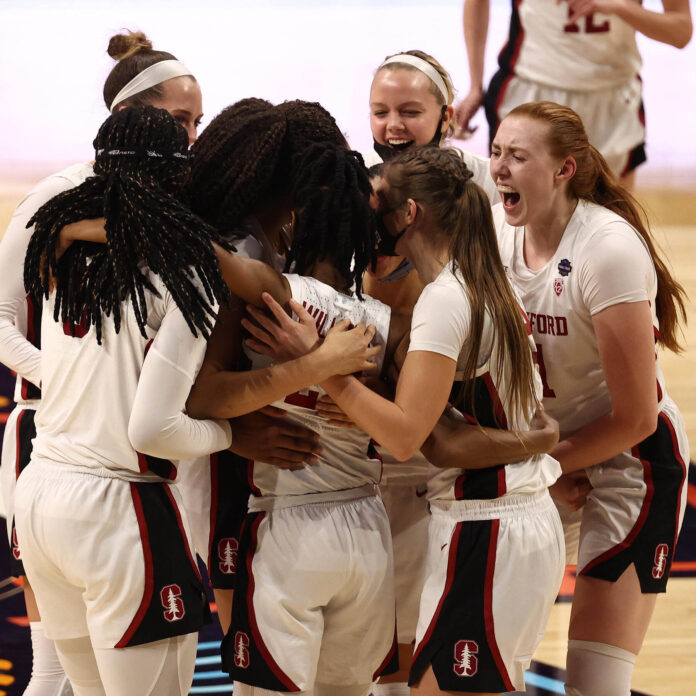 The championship capped a grueling year for top-seeded Stanford, which spent the entire season on the road because of local COVID-19 restrictions. The title also came the same year as coach Tara VanDerveer became the all-time winningest women’s coach, now with 1,125 victories. VanDerveer also has the largest gap between titles, men or women.

The Cardinal won its third NCAA women’s national title, and first in 29 years, by beating Pac-12 rival Arizona 54-53 on Sunday night. It was the Cardinal’s third win over Arizona this season, but far more competitive than the previous two, decided by a combined 41 points.

Aari McDonald went three-for-four from the line, and the Wildcats harassed Stanford into a shot-clock violation with 6.1 seconds left. But the Cardinal wouldn’t give Arizona an inch, and McDonald’s last-second heave didn’t come close.

Jones led three Stanford players in double figures with 17 and won Most Outstanding Player. The Cardinal overcame 21 turnovers by outrebounding Arizona 47-29 and keeping McDonald in check. After averaging 30 points in the previous three games for the Wildcats, McDonald had 22 but was just 5-of-20 from the floor.

In the midst of the economic crisis, Sri Lanka’s central bank...

Education is the single most revolutionary weapon that can transform a...

Lidoma Vision enters the Indian gaming and esports market by the...