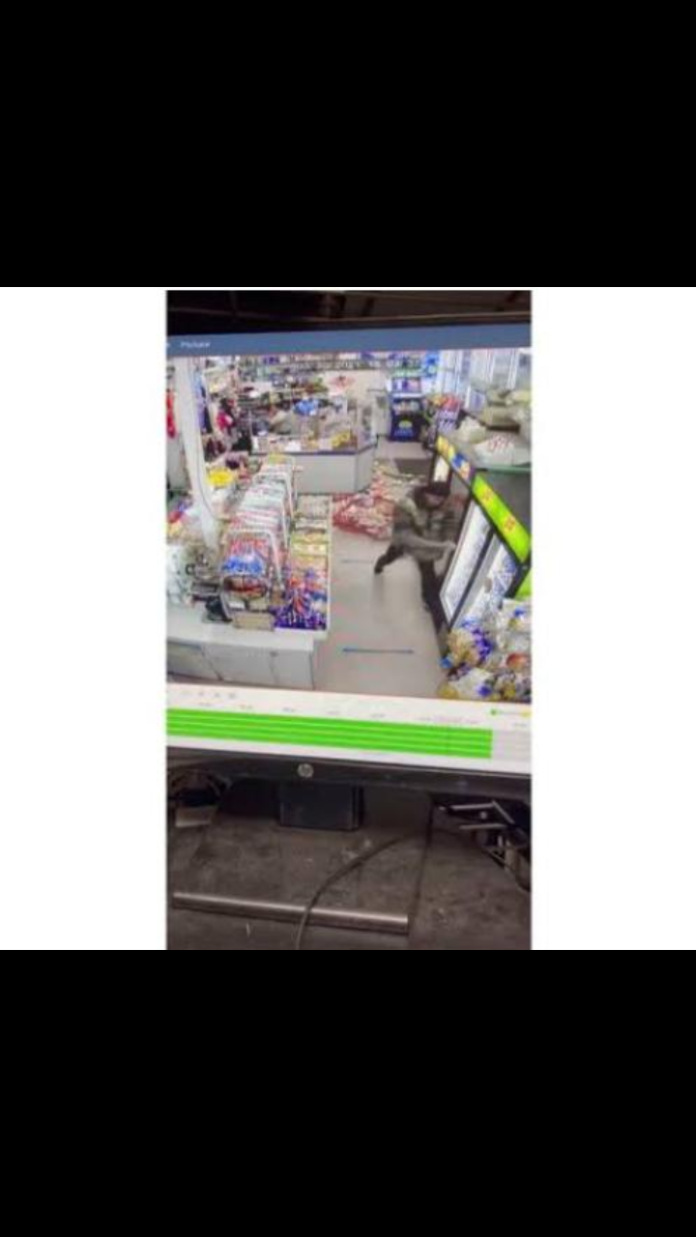 The attack occurred Tuesday at a store called Plaza Sundries that is downtown near Charlotte’s main transit hub. And it falls in the wake of an attack on a woman of Asian descent in New York City and the fatal shooting of eight people at three Atlanta-area massage businesses. Six of those victims were women of Asian descent.

Asian-owned convenience store in Charlotte, North Carolina, was trashed by a man who wielded a metal post and yelled racial slurs, according to police and a son of the store’s owners.

Surveillance footage shows a man pulling a merchandise rack to the floor and swinging a street sign post into the glass of the refrigerators. A man who appears to a friend of the attacker cheers him on.

The owners have experienced a different sentiment in the days since the attack: A woman arrived at the store and gave the owners soup. A pizza delivery man showed up with five pies. A local doctor dropped off a check. More than $30,000 has been raised through GoFundMe to cover the store’s damage.

“My in-laws are more shocked that people actually care than they were about the (attack),” Lee Sung said. “And it took them a while to process why they were getting so much attention.”

The pandemic has fueled the tension, the couple said, with some people blaming the coronavirus on the store’s owners. They have lived in the U.S. for decades since moving from South Korea.

“It’s like, ‘Hey, you’re different,’” Lee Sung said, offering a sanitized summary of the insults. “‘You obviously can’t be from around here. Go back to your country.”

Despite the increase in attention on such attacks, the violence and racially charged language was nothing new, said Mark Sung, whose parents own the store, and his wife Grace Lee Sung.

Ronnie Spector, the Ronettes’ Be My Baby singer, died at the age of 78

For the first time in 20 years, the euro slips below the dollar.

Spoilers From Sunday’s Premiere of The Equalizer on CBS