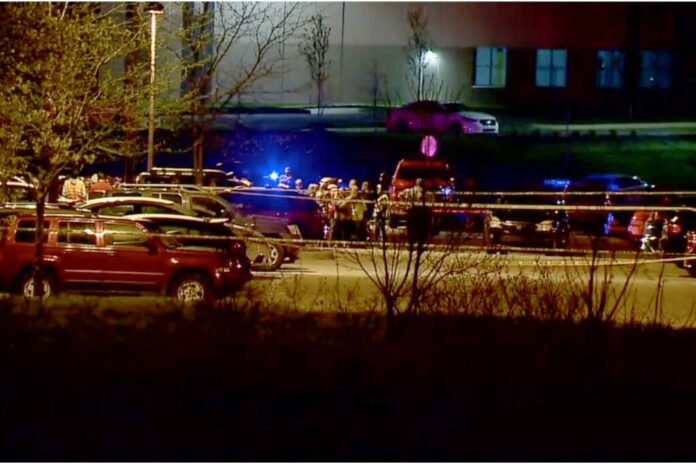 Police responded to the FedEx Ground facility on the city’s southwest side just after 11 p.m. Thursday for a report of shots fired at a business. There was an “active shooter” situation when officers arrived, said Genae Cook, spokesman for the Indianapolis Metropolitan Police Department.

At least eight people were killed in a shooting late Thursday at a FedEx facility near Indianapolis International Airport, authorities said.

Eight people are dead and multiple people were injured and were hospitalized. At least one person remained in critical condition at 3 a.m. Friday. Other injured people took themselves to hospitals in the area, Cook said.

Police established a family unification center at the Holiday Inn a mile from the warehouse, for those that had not heard from loved ones. The New York Times reported FedEx has a policy that employees must give up their phones before beginning work on the floor.

Several hours after the shooting, family members sat in the hotel lobby waiting to hear if their loved ones who worked at the ground facility were OK. Some had pajamas on. One man had a sleeping child covered in a blanket on his shoulder. They wore masks to protect themselves from COVID-19.

Iran Described A Blackout On Sunday