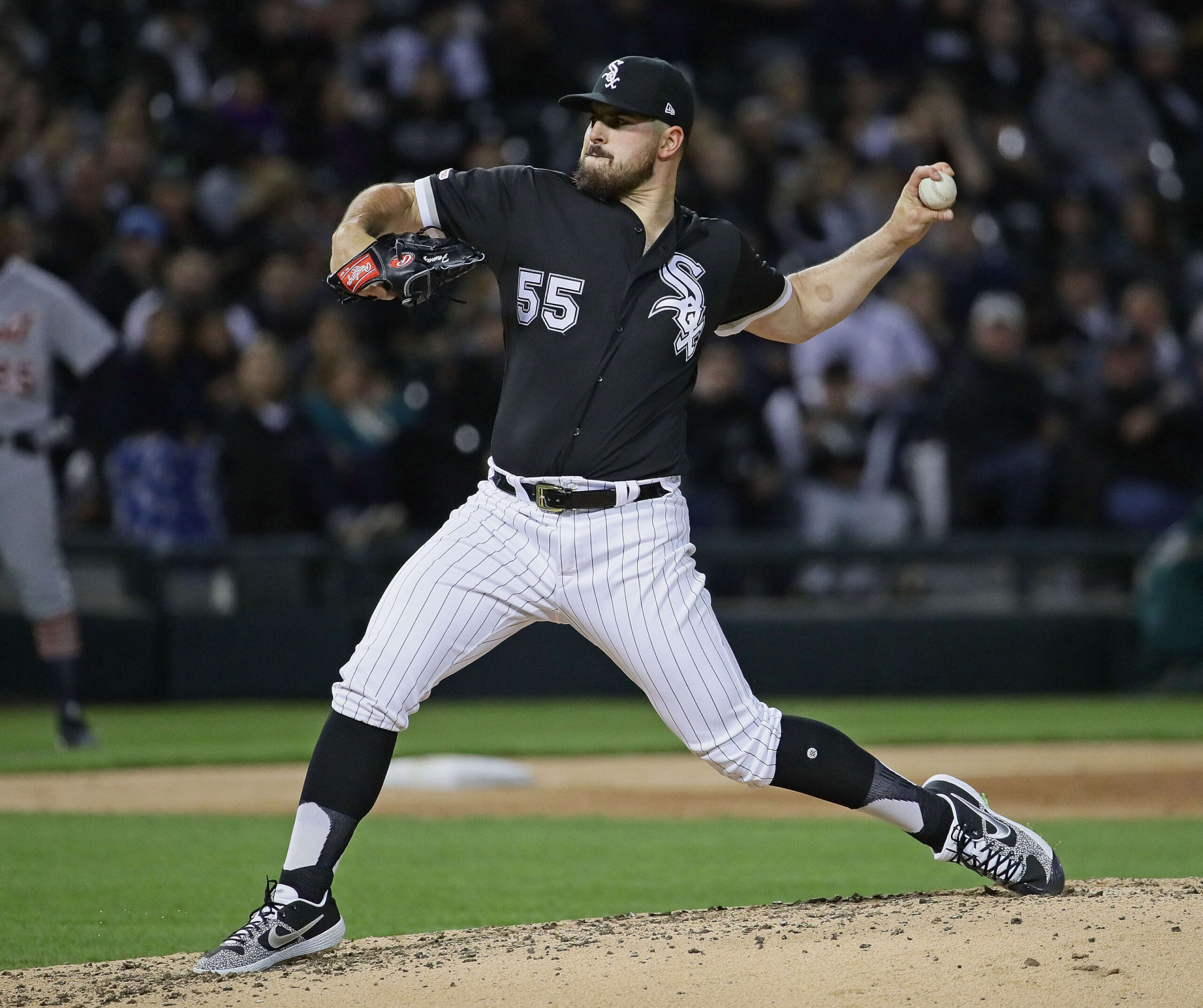 Rodon, who had his start pushed back two days because of a stomach bug, made the Cleveland hitters feel ill, inducing plenty of weak contact while striking out seven. But he lost the perfect game with one out in the ninth inning when he hit Cleveland catcher Roberto Perez in the foot.

Instead, Rodon had to settle for completing the no-hitter, which he did in striking out Yu Chang and getting Jordan Luplow out on a ground ball to third base for the final out.

Left-hander Carlos Rodon of the Chicago White Sox tossed the second no-hitter of the 2021 MLB season, just barely missing out on a perfect game Wednesday night in an 8-0 win over Cleveland.

“That was awesome. A whole team effort,” he told NBC Sports Chicago after the game. “I can’t believe it. I can’t.”

He missed most of last season recovering from Tommy John surgery in May 2019 and made only four appearances, pitching a total of 7⅔ innings.

The White Sox declined to offer him arbitration and allowed him to become a free agent, but brought him back on a one-year, $3 million contract with a chance to compete for a rotation spot in the spring.

On Wednesday, with two extra days of rest, Rodon (2-0) was economical enough with his pitches to take a perfect game into the ninth.

The inning provided plenty of drama when leadoff batter Josh Naylor hit a slow roller to first baseman Jose Abreu, who made the pickup and lunged for the bag just ahead of Naylor’s head-first slide.

Jose Mourinho: ‘A serial winner who has brought Roma to life’

At Least Eight People Were Killed In A Shooting Late Thursday...

Can Rajon Rondo is the Missing Piece Of Los Angeles Clippers