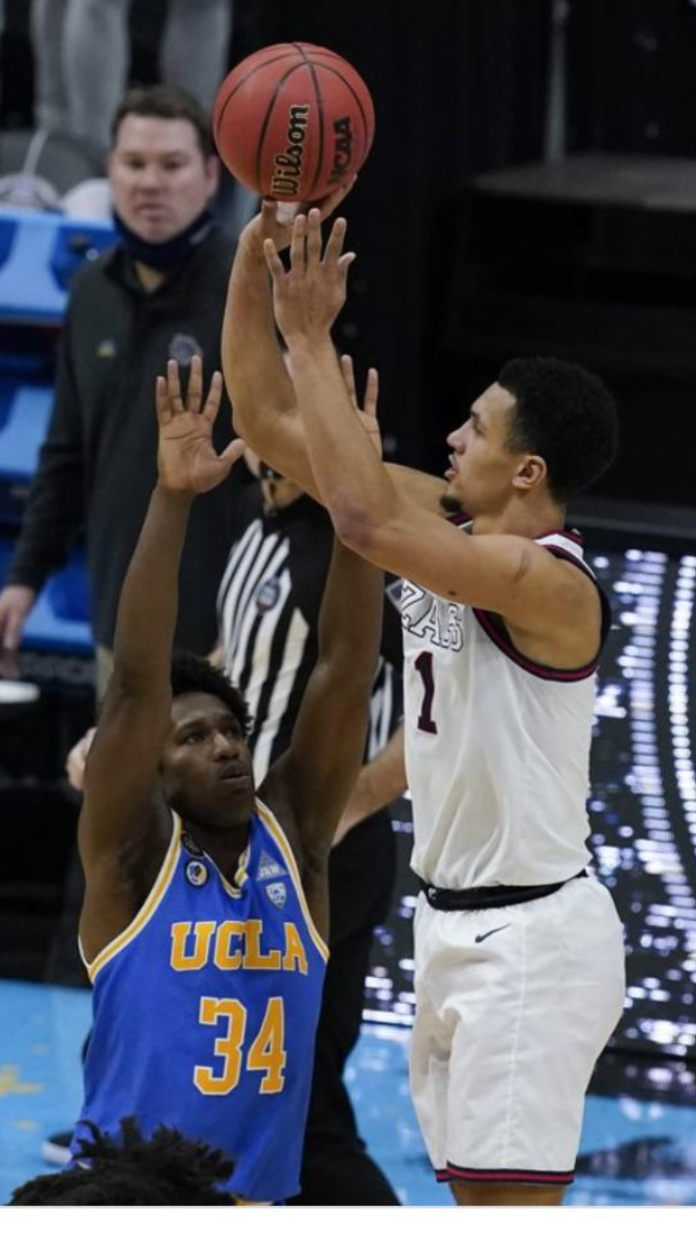 It’s the first time since 2005, when North Carolina held off Illinois, that the top two seeds in the field of 68 will meet in the championship. And with all of the upsets in the 2021 men’s NCAA tournament, it almost feels like this matchup was meant to be.

With the 2021 men’s NCAA basketball championship on the line, two No. 1 seeds will do battle in Indianapolis. One seeks the immortality that comes with an undefeated season. The other stands in the way of that dream while writing its own history. Gonzaga (31-0) vs. Baylor (27-2) has all the makings of a men’s national championship classic.

With Flo Thamba and Jonathan Tchama Tchatchoua both with four fouls, Gonzaga is going to have a chance to exploit the Bears down low. Expect Drew Timme (four turnovers) to receive touches on every possession. On the other side of the court, they’ll need defensive stops to complete any comeback.

All-American forward Corey Kispert asked Bulldogs coach Mark Few for a breather and for his left shoulder to be checked out after trying to defend Flo Thamba, who picked up his fourth foul with nearly 17 minutes remaining.

George Segal: The Legendary Movie Star And Grandpa in ‘The Goldbergs,”...

After 17 years, the England cricket team heads to Pakistan for...