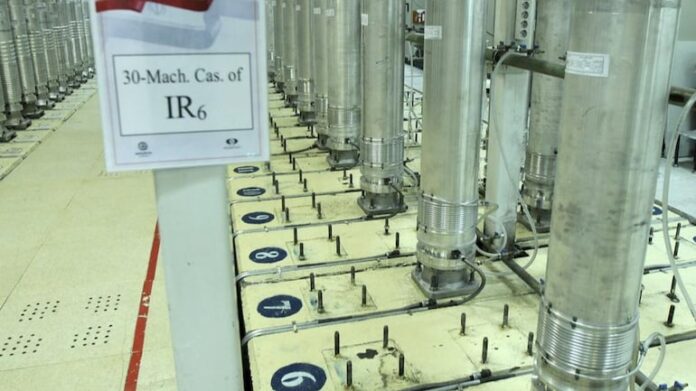 While there was no immediate claim of responsibility, suspicion fell immediately on Israel, where its media nearly uniformly reported a devastating cyberattack orchestrated by the country caused the blackout.

Iran on Sunday described a blackout at its underground Natanz atomic facility as an act of “nuclear terrorism,” raising regional tensions as world powers and Tehran continue to negotiate over its tattered nuclear deal.

If Israel was responsible, it further heightens tensions between the two nations, already engaged in a shadow conflict across the wider Middle East. Israeli Prime Minister Benjamin Netanyahu, who met Sunday with U.S. Defense Secretary Lloyd Austin, has vowed to do everything in his power to stop the nuclear deal.

“While condemning this desperate move, the Islamic Republic of Iran emphasizes the need for a confrontation by the international bodies and the (International Atomic Energy Agency) against this nuclear terrorism,” Salehi said.

However, Natanz has been targeted by sabotage in the past. The Stuxnet computer virus, discovered in 2010 and widely believed to be a joint U.S.-Israeli creation, once disrupted and destroyed Iranian centrifuges at Natanz amid an earlier period of Western fears about Tehran’s program.

“It is very difficult to explain what we have accomplished,” Netanyahu said of Israel’s history, saying the country had been transformed from a position of weakness into a “world power.”

On Tuesday, an Iranian cargo ship said to serve as a floating base for Iran’s paramilitary Revolutionary Guard forces off the coast of Yemen was struck by an explosion, likely from a limpet mine. Iran has blamed Israel for the blast. That attack escalated a long-running shadow war in Mideast waterways targeting shipping in the region.

According to a new analysis, half of UK families have lost...