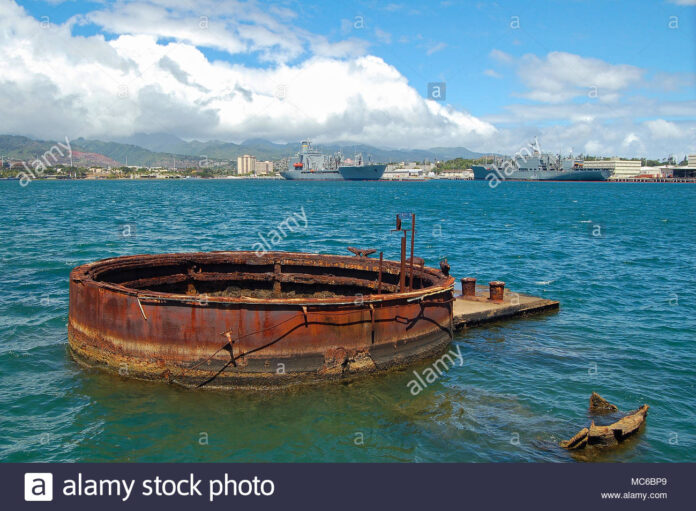 The World War II battle eventually led to American victory, but only after more than 2,600 casualties on both sides. Nearly 190 crew members of the Johnston’s 327 died – including Evans, the first Native American in the Navy to be awarded a posthumous Medal of Honor.

The destroyed ship lay at the bottom of the ocean, at more than 20,000 feet, until it was discovered in the Philippine Sea in 2019.

The NHHC assessed the wreck then as “probably the Johnston based on relative location,” but were unclear on whether the ship was the Johnston or the Hoel, which had features identified on the wreckage, according to the news release.

“We located the front 2/3 of the ship, upright and intact, at a depth of 6456 meters [21,180 feet]. Three of us across two dives surveyed the vessel and gave respects to her brave crew.”

The expedition found the bow, bridge and mid-section of the Johnston intact, along with two full gun turrets, twin torpedo racks and multiple gun mounts and the hull number “557” still visible, according to Caladan’s statement on the dive.

A U.S. Navy destroyer sunk more than 76 years ago has been found in “the deepest wreck dive in history.”

The USS Johnston, led by Captain Ernest Evans, sunk in October 1944 after charging “outgunned and outmanned” to protect an American landing force in the Philippines from a massive line of Japanese warships during the Battle of Leyte Gulf, according to Naval History and Heritage Command records.

At Least Eight People Were Killed In A Shooting Late Thursday Near Indianapolis International...

WHO Still To Find The Ultimate Spread Of The Virus Breakdown